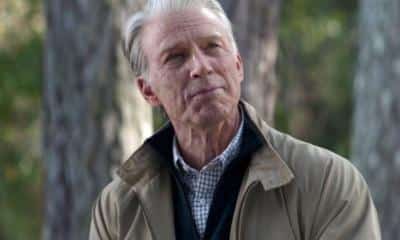 I don’t know about anyone else, but the first time I saw Avengers: Endgame in theaters, I was absolutely blown away. I loved the exploration of the characters’ trauma following Thanos’ victory. A lot of people have made a big deal about the movie feeling plot-less after Thanos’ first death, but that was not an issue for me; the movie has no driving force at that moment because the heroes have no driving force beyond trying to recover from what had happened. Not to belabor the point, I enjoyed every aspect of the movie. The shock value (Cap wielding Mjolnir, the A-Force sequence, and the like) wore off for the second viewing, but it is still enjoyable on repeat viewing.

And then Captain America got his “happy ending” at the very end, and my mind was blown with the possibilities.

That’s where I want to go in this article: talk about the alternate reality created by Steve Rogers’ decision to go back to 1945, right after his presumed death, and create a new life in the past with Peggy Carter. Frankly, I think this alternate reality is the most interesting of the 6 (see below) created by the movie, and it would be a fantastic basis for a Disney+ series in the future.

Alternate Realities Created by Avengers: Endgame:
AR 2018- created by Barton testing the time travel and taking his son’s baseball glove
AR 2014- the one where Thanos jumps ahead to the main universe and gets snapped
AR 2010- Rocket and Thor mess with the events of Thor: The Dark World
AR 2008- the Avengers play with The Avengers
AR 1970- Steve and Tony infiltrate S.H.I.E.L.D.
AR 1945- Steve’s “happily ever after”

Before getting into what’s different, there’s one myth that needs to be dispelled:

Read more »
Posted by MCUReviewer at 7:18 AM No comments:

Spider-Man Belongs in the MCU

I wanted to write on this topic a couple weeks ago, but didn’t find the time for it. Consequently, while this may be a little late to the party, I am still of the opinion that it is important to keep this discussion going until we have either received confirmation from Sony that they are releasing Spider-Man 3 outside the MCU (meaning that it has actually been released without a Disney/Sony deal in place) or received confirmation from both studios that a new deal has been reached. It seems like every week something else is floated as a rumor; most recently, the rumor that Apple wants to buy Sony Pictures (which would cause the Spider-Man rights to revert back to Marvel).

I am not an insider. I don’t have any sources feeding me information. I’ve just been watching and reading the same news as everyone else, including tons of “insider leaks” and rampant speculation. So I am not going to talk about any deals that “may be on the table.” Instead, I want to talk about why I think Spider-Man (specifically the Tom Holland version of the character) needs to stay in the Marvel Cinematic Universe. First, however, I think it’s important to lay out the facts as they seem to stand.

Read more »
Posted by MCUReviewer at 6:00 AM No comments:

Could an A-Force Movie Work?

After such a long hiatus, it feels weird to go back to this blog. There were a lot of personal reasons I stopped posting. As it is, I’m probably not going to post regularly again. I don’t think I will go back and fill in the gap by reviewing everything I missed. But I do want to continue the speculation articles, especially looking at everything that’s coming with the FOX acquisition and the introduction of Disney+.

Friday I saw a video on YouTube that really got me thinking. In the video, the speaker talks about a rumor that Marvel is planning an A-Force movie as a follow-up to the She-Hulk Disney+ series. Looking at the comments, the reception from that particular audience was… skeptical, to say the least! I can understand why people would be less-than-thrilled with the idea of a “Ladies Night Out” superhero movie, especially in a world of “All must bow to the will of Political Correctness.” Previous attempts at all-female reboots/sequels have had mixed success (see Ghostbusters). I’m sure a lot of the male readers here are thinking, “Why would I want to see a bunch of chicks fighting?”

At the same time, I am of the opinion (with the regard to the MCU) that any Marvel property can conceivably be adapted into a movie/TV series and turn out well (see Guardians of the Galaxy and Ant-Man, among other things). What’s necessary is a good story about interesting characters doing interesting things. Does that mean that an A-Force movie is a sure-fire hit? No, of course not; nothing is. But it does mean that there’s a way to make it good. That’s my goal here.

As a caveat, I know that I only partly fit the “target audience” for an all-female MCU movie: I’m not a woman, but I am a fan of superhero movies generally, and MCU movies specifically. And I Marvel Studios will want this to appeal to both of those audiences.

Ultimately, this movie comes down to a question of “Why?”

Read more »
Posted by MCUReviewer at 7:14 AM No comments:


Note: I'm sorry for the late upload; we have not had internet in a week, so I'm doing internet stuff very infrequently, and only when I'm somewhere with internet.

Marvel’s Inhumans continues tonight with “Divide and Conquer” (1x03) at 9:00 PM Eastern/Pacific.  What do we expect from tonight's episode?

Read more »
Posted by MCUReviewer at 1:23 PM No comments:


I haven’t watched a lot of FOX’s Marvel content recently.  In fact, apart from the “old” Fantastic Four movies, the original X-Men trilogy, and X-Men Origins: Wolverine, I actually haven’t watched any of their most recent offerings.  In part that is because I got into the MCU movies and didn’t particularly feel like adding another massive universe on top of that.  In part, I just wasn’t interested in the X-Men.  When FOX announced Legion on FXX, I decided not to watch—mostly because we don’t actually receive FXX!  When FOX announced another X-Men-related TV series I kind of shrugged it off until they announced Matt Nix as the showrunner.  I really liked his work on Burn Notice, but I hadn’t heard his name in years since that show ended, so I decided to give The Gifted a chance.

And I’m glad that I did.

Read more »
Posted by MCUReviewer at 6:29 AM No comments:


FOX’s new Marvel series The Gifted makes its TV premiere tonight.  What are we expecting from this show?

Read more »
Posted by MCUReviewer at 10:00 AM No comments:

Marvel's Inhumans Pilot Episodes ("Behold... The Inhumans" and "Those Who Would Destroy Us") REVIEW (SPOILERS)


One unfortunate result of Inhumans’ Friday night time slot is that there are so many things that happen on Friday nights.  I don’t know about you, but my wife and I often go out for dinner on Friday nights, which would conflict with trying to watch this show when it initially airs.  Fortunately, we bought a VCR a couple years ago to record Agents of S.H.I.E.L.D. when we couldn’t watch it on Tuesday night.  So instead of Friday night, I watched Inhumans on Saturday.  For as long as there is MCU TV content on Friday nights, I think I will plan to review it the following Monday.

With all of that out of the way, let’s talk about the TV Inhumans premiere.  If you remember my “review” of the IMAX premiere, it really wasn’t that great in terms of IMAX content.  A lot of the effects looked horrendously computer-generated, the camera work wasn’t that much different from a normal TV show, and it just didn’t feel like it fit on that medium.  However, I have been adamant for an entire month in stating that we need to actually see what it looks like on TV before sounding the death knell for this show.

So does it redeem itself on the small screen?

Read more »
Posted by MCUReviewer at 6:00 AM No comments: