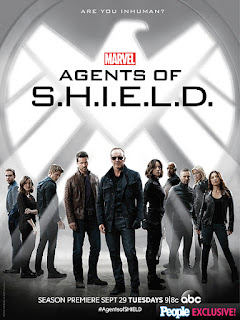 What happened in the last episode, “Devils You Know”?
Coulson teamed up with the A.T.C.U. to go after Lash by tracking down the I.T. guy he used to track down older Inhumans with a computer virus.  However, Lash attacked the A.T.C.U. convoy and killed his man before shape-shifting into a regular-looking human.  Meanwhile, Hunter went after Ward with help from May, but Ward played his trump card by sending Werner von Strucker to kill Andrew, which he may or may not have accomplished.

Episode Synopsis for “4,722 Hours”:
“After her dramatic rescue from another planet, Simmons is still reeling from her ordeal and reveals how she had to fight for her life in a harsh new world.”


What I am looking for tonight:


What would be awesome but probably won’t happen:
Simmons will reveal some sort of wild and crazy superpowers.  It can be pretty much anything; any sort of ability would be awesome!

So what are you looking for in tonight’s episode?  What is there that you really want to see but may not see at all?