Another week, and more MCU news!  Pretty slow news week, but we did get some information about Luke Cage and Iron Fist, and Marvel announced the first new cast member of Marvel’s Most Wanted.  Put some ketchup on your eggs, and catch-up on your Marvel news!

First up for the week, my review of Jessica Jones season 1, episode 10, “AKA Sin Bin.”  What did you think of Simpson in season 1?

Agent Carter season 2, episode 3, “Better Angels” expectations and review.  What did you think of Howard in this episode?

So Howard Stark is the progenitor of the MCU’s very own MCU:  his movie is Kid Colt, based on the Marvel character of the same name.  Do you want to see a Marvel Western at some point?

Just in case you’re not hyped enough for Captain America: Civil War, here’s another promotional image, this one from Brazil: 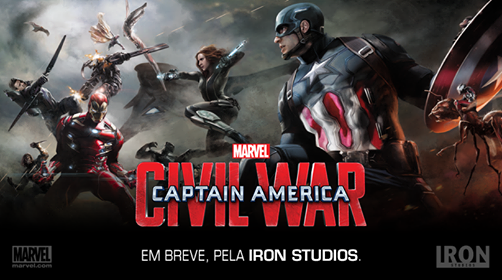 Before the Marvel Security Team could jump out of a closet and tranquilize her, Rachel McAdams did manage to confirm that her Doctor Strange character is another doctor, and that most of her scenes are with Doctor Strange.  Is she a version of the Night Nurse?

A lot of people are taking this picture from the Jessica Jones official Twitter account as a hint that Luke Cage will debut this November. 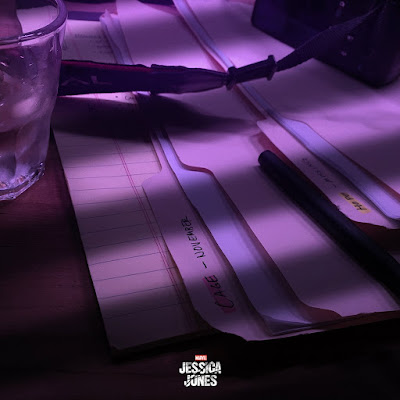 However, I’m not so sure.  I don’t doubt that it could be hinting at Luke Cage in November (though if my math is correct and there aren’t any delays, Luke Cage should be ready for release this summer), but I don’t think that it’s necessarily a reference to Luke Cage at all.  Instead, it could just as easily be a hint that they are planning for Jessica Jones season 2 to debut this November (a year after season 1) and focus on Luke Cage—perhaps Jessica trying to track him down.  After all, the other folder in the picture has Hope’s name on it (it says “Hope—Missing”), and she was the subject of the primary case in Jessica Jones season 1.  Evidently I’m not the only one thinking this is not about Luke Cage, as Blackfilm.com claims to have a “trusted source” that told them that Luke Cage will debut in late summer.  Which way are you taking this image?

Scott Reynolds, one of the writers of Jessica Jones season 1, appears to be the first new addition to the Iron Fist team as a writer, joining showrunner Scott Buck (“Great Scotts!”)—though the incriminating statement on his Twitter feed has since been removed.  Additionally, Mike Colter revealed that Marvel has cast its Danny Rand, though there is no revelation as to who.  Hopefully we will get some more information soon!

Here is our first definitive piece of information about Marvel’s Most Wanted:  Delroy Lindo has been cast as Dominic Fortune, a World War II mercenary and soldier-of-fortune who was considered but passed over for Project Rebirth (in favor of Steve Rogers).  I’m going to go out on a limb and say that Fortune is going to be time-displaced from his World War II comic book origin and set in modern-day for this series.  Radical, I know.  What do you think this series will be about?

Are you excited to see the new DC Animated Film Justice League vs. Teen Titans?  It will be released digitally on March 29 and on disc on April 12.  Among others, the voice cast includes at least a couple Daredevil actors:  Rosario Dawson as Wonder Woman and Jon Bernthal as Trigon.

What do you think of the main cast costumes for Rogue One?