Another week, and more MCU news!  We’re getting closer and closer to the Doctor Strange U.S. premiere, and more movies and Netflix shows are entering or nearing production.  Put some ketchup on your eggs, and catch-up on your Marvel news!

First up is the review for Luke Cage season 1, episode 3, “Who’s Gonna Take the Weight.”

Next are expectations and review for Agents of S.H.I.E.L.D. season 4, episode 4, “Let Me Stand Next to Your Fire.”

According to Kevin Feige, the exploration of the “Marvel Cinematic Multiverse” begun in Doctor Strange will be important to the future of the MCU.

The working title for Black Panther is “Motherland.”

Benedict Wong confirmed that Wong will be in Avengers: Infinity War!

According to Kevin Feige, “some” of the Illuminati will appear in Avengers: Infinity War.  All I can say is: 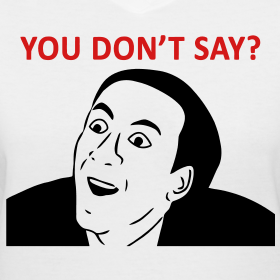 Considering that the Illuminati include Tony Stark and T’Challa, you could say “some” of the Illuminati also appeared in Captain America: Civil War!  It’s already pretty-well confirmed that Iron Man, Black Panther, and Doctor Strange (“some” members of the Illuminati) will appear in Avengers: Infinity War.  The only way this would be exciting or surprising is if Feige had said that one or both of Namor and Black Bolt would also be in that movie!

The working title for The Defenders is “Group Therapy.”

Here is a new image of Gal Gadot as Wonder Woman in Justice League:
Do you think DC and Warner Bros. can fix their Universe?

Donald Glover has been confirmed to play Lando Calrissian in the Han Solo anthology movie.

If you want to get an email whenever I publish a new article, go to the top of the page and enter your email address in the box labeled “Subscribe to Mostly MCU Reviews” and click “Submit.”
Posted by MCUReviewer at 3:15 PM