Another week, and more MCU news!  D23 premiered Civil War footage and this week saw some major Marvel TV announcements.  Put some ketchup on your eggs, and catch-up (*ducks*) on your Marvel news!

First up for the week was my review of Agent Carter season 1, episode 3, “Time and Tide.”  What do you want to see in season 2 when it gets here?

I also published reviews of Agents of S.H.I.E.L.D. season 2, episode 3, “Making Friends and Influencing People,” and episode 4, “Face My Enemy.”  What is your favorite spy-genre element of this series?

Also on the subject of Marvel TV, here is my idea of what John Ridley’s mystery series might be.  Do you want to see Isaiah Bradley in the MCU?

Here is the new logo for Captain America: Civil War: 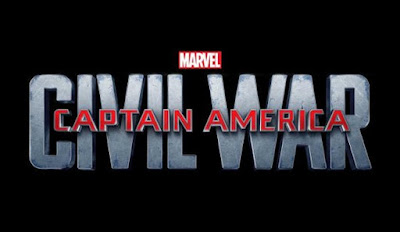 Marvel unveiled footage from Captain America: Civil War at D23, and it sounds really good.  Too bad they’re not putting it on YouTube…

While talking with the audience at D23, Chris Evans and Anthony Mackie compared Civil War to a “family dispute” and said it will focus on the characters.  I actually like that description; I think that’s in the vein of the comics, where these characters are accustomed to fighting together as friends, making the civil war that much harder on them.

Tom Holland is back on set filming for Civil War, and he was also included on the cast list for D23.  Oh, and evidently there will be at least 1 scene which takes place in Peter Parker’s bedroom.  What would your ideal Spidey appearance be in that movie?

According to the descriptions, the Doctor Strange concept art looks awesome, which has me really excited for this movie.

Based on the D23 panel, it sounds as though Doctor Strange will really break the mold as far as comic book movies go.  Which 2016 movie are you most excited for?

Do you want to see Ronda Rousey play Captain Marvel?

Wesley Snipes opened up a little more about the possibility of reprising as Blade in the MCU and said that even if he doesn’t return as Blade, Marvel still has another role in mind for him.  Whom do you want to see him play?

Evangeline Lilly has been fitted for a Wasp suit, but I’m guessing she’ll need to be refitted after her baby is born.  What movie do you want to see her in?  I’m kind of hoping for a surprise cameo in Civil War personally, though Kevin Feige has said she will not be in that one.

Here are a couple pictures (one official, one maybe official) of the Daredevil costume for season 2.  What do you think?

Luke Cage has added another cast member:  Alfre Woodard, playing Minetta.  How do you think her character will fit into the series?

More Marvel TV!  Marvel and ABC have ordered that rumored Mockingbird/Hunter series to pilot:  Marvel’s Most Wanted.  I have some thoughts on it, but I would love to hear your ideas of what the series will be like.

Even more details on the Fant4stic that could have been:  Mole-Man and Galactus, with Doom as Galactus’ herald.  Oh, and more action scenes.  Evidently they didn’t go with that original concept because of budgetary issues.  I got nooz 4 u, FOX:  slashin’ budget don’ matta if u don’ make back budget!  Can Marvel just buy Trank and Slater’s original script along with the Fantastic Four rights, make a few changes to the script, and bring it into the MCU?

George Miller is reportedly directing Man of Steel 2.  What do you think of the choice?  Considering that he was the director for the never-made 2008 Justice League movie, could we see Martian Manhunter in the sequel?

What do you think of the Hugh Jackman-led Pan reboot/reimagining?  I wasn’t overly interested, but I have to admit that the posters make it look really cool.

Pirates of the Caribbean 5.  I’m not sure what I think about it.  I liked the first 3, but I haven’t really heard anything good about the fourth one.  From the description it sounds interesting, so I guess I’ll wait to see what happens.

The official title for Rogue One is now Rogue One: A Star Wars Story.  I like the look of this picture, and I’m a fan of Firefly so I’m excited to see Alan Tudyk in it.  What do you think?

In other Star Wars news, Episode IX is going to be directed by Jurassic World director Colin Trevorrow.  What do you think of this news?

Remember the rumor that Toy Story 4 will be a love story about Woody and Bo Peep?  Apparently that’s not the whole story; new details emerged that it will be about Woody and Buzz going on a mission to find her.  I like this idea; what do you think?

If you want to get an email whenever I publish a new article, go to the top of the page and enter your email address in the box labeled “Subscribe to Mostly MCU Reviews” and click “Submit.”
Posted by MCUReviewer at 6:33 AM