Another week, and more MCU news!  We got a whole lot of Inhumans news this week, including the entire main cast.  Put some ketchup on your eggs, and catch-up on your Marvel news!

Here is the new (final) trailer for Guardians of the Galaxy Vol. 2.

Avengers: Infinity War and Avengers 4 are reported to have a combined budget around $1 billion.  That’s impressive, but I think their combined box office total will be even more impressive! 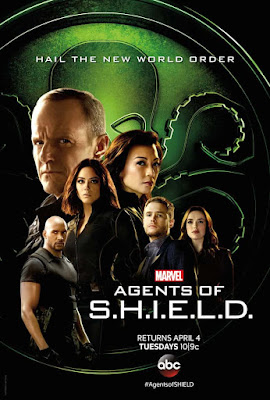 Here is the remainder of the cast for Marvel’s Inhumans:  Eme Ikwuakor as Gorgon, Isabelle Cornish as Crystal, Mike Moh as Triton, Sonya Balmores as Auran, and Ellen Woglom as a mysterious character.  They join Anson Mount as Black Bolt, Serinda Swan as Medusa, and Ken Leung as Karnak.  Also, Lockjaw is confirmed to appear on the series, which surprises me slightly (that’s a lot of CGI every time he’s on-screen, on top of a whole bunch of other CGI-heavy characters, all on a TV-ish budget), but I am glad they are going whole-hog on the Inhumans!

If you want to get an email whenever I publish a new article, go to the top of the page and enter your email address in the box labeled “Subscribe to Mostly MCU Reviews” and click “Submit.”
Posted by MCUReviewer at 7:39 AM