The Weekly MCU Review for June 13


Another week, and more MCU news!  Captain America: Civil War rumors, Netflix news, and castings galore!  Put some ketchup on your eggs, and catch-up (*ducks*) on your Marvel news!

First up, Daredevil Season 1, Episode 9, “Speak of the Devil.”  Just four more episodes to go, and by the time I’m done we may have a release date for Jessica Jones!

So, do you think that Jurassic World is a reboot which places the Jurassic Park movies within the MCU?  Here’s a theory how it might.

Agents of S.H.I.E.L.D. Season 1, Episode 5, “The Girl in the Flower Dress” and Episode 6, “FZZT” reviews.  Did you enjoy these two episodes?

First up in a Spider-Man mini-series:  What went wrong for Sony last time?  I have some theories.  But who cares, now that Spider-Man is back in the MCU?

Did you notice this recurring Star Wars Easter Egg in all the MCU Phase 2 movies and TV series (except Agent Carter)?

In unsurprising news, Chris Pratt is a Seahawks fan.  Oh, and GotG2 will “probably be the greatest movie of all time.”

Black Widow fans want more focus on her in merchandizing and films.  While I see the argument with merchandise, I think she’s been given a fair shake in the films to date, particularly Captain America: The Winter Soldier.  But what do you think?

Avengers: Age of Ultron is now the fifth-highest-grossing movie of all time at $1.348 billion dollars.  How high do you think it’s going to go?

There’s another trailer on its way for Ant-Man, coming with Jurassic World.

Here are some interesting (unofficial) costume and equipment details for Captain America: Civil War.  Anything jump out at you?  Anything you don’t want to see?  Anything you can’t wait to see?

Marvel is going to release more female-themed merchandise for Captain America: Civil War, along with merchandise around former-secondary characters like War Machine and Falcon.  Are you going to buy it?

Whose side are you on?

Asa Butterfield is allegedly out of the running for Spider-Man.  Disappointed?  Which of the remaining actors would you prefer?

Do you want to see the Hulk in Captain America: Civil War?  Mark Ruffalo does.

We can add Baron Mordo to the list of Marvel characters cast this week.  He will be played by Chiwetel Ejiofor in next year’s Doctor Strange.  Are you excited?

Marvel and Netflix recently changed the title of their upcoming series to Marvel’s Jessica Jones from Marvel’s A.K.A. Jessica Jones.  To me it makes sense.  “A.K.A. Jessica Jones” is the title of one of her runs in the comics, but her name is actually “Jessica Jones” (or rather, her adopted name is; hence the “A.K.A.”).  Most of these Marvel movies and TV series take their name from the hero’s codename or the team name, rather than a run in the comics, though that is sometimes the subtitle.  But what do you think?

Could this be why Jason Statham’s talks to play Bullseye broke down?

Marvel Netflix seems to be taking center stage this week.  We’ve gotten a ton of information about Daredevil season 2, including “confirmation” of Elektra and maybe Bullseye, an updated title for Jessica Jones, and the new logo for Daredevil season 2.
And now Frank Castle, aka the Punisher, has been cast.  Jon Bernthal from The Walking Dead will be suiting up alongside/against Charlie Cox’s Daredevil next season.  Are you excited?  I’m excited!  After I finish out my Daredevil season 1 reviews, I’m going to write an article or two of my expectations for season 2, and Elektra and Punisher are both going to feature in there.

So straight from the Director himself comes this picture: 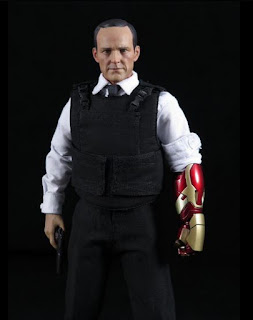 Is this a tease of what’s coming next year?  It wouldn’t surprise me if Coulson gets a cybernetic arm of some sort.  Probably flesh-toned and easy to conceal or keep hidden, but tricked out with some cool weapons and gadgets.

Hayley Atwell gave some tidbits about Agent Carter season 2.  What do you think?

Marvel has released character posters for their All-New non-reboot post-Secret Wars.  What do you think?

It’s confirmed:  No Marvel at SDCC this year.  But that’s okay; the DCMU is bravely taking up the slack by (presumably) showcasing their 2016 releases.  Are you excited for DC or disappointed about Marvel?  Both?

Leonard Nimoy got an asteroid named after him.  What have you done this week?

Here’s another clip from Fant4stic.  2 months left.  Are you going to see it?

So Bumblebee is getting a cameo in TMNT2.  What do you think of that idea?

The cast of Legends of Tomorrow is opening up about their characters, again.  Are you excited for the show to come next year?

Sadly, Constantine is dead.  Matt Ryan thanked the fans for their support.  It was a fun run, but now it’s over.  However, do you think there’s a possibility of Constantine showing up in the DCTVU alongside Flash and Arrow?

Do you think Constantine deserves an Emmy for Art Direction?

So we can add to the list of potential reboots from our childhood Ben 10.  Do you have any interest in this?

A new teaser was released this week for Star Wars Rebels.  Are you excited?

So who doesn’t want one of these?
To quote Frye from Futurama, 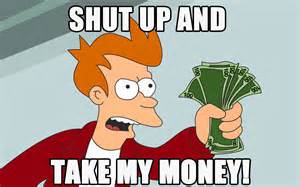 So the Mouse House seems set to take a $140 million bath with Tomorrowland.  What did you think of that movie?